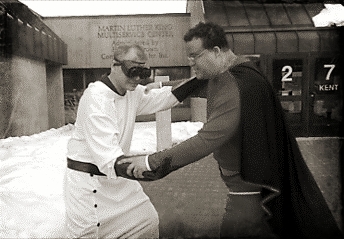 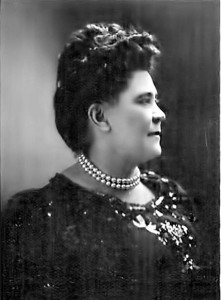 FDR called on Hallie Quinn Brown to fight the scourge of H.U.N.G.E.R. as he would later do with the Justice Society of America to fight in WWII

In the Spring of 1929, Hallie Q. Brown Community House open its doors to the community. Six month later, in October of 1929, the Stock Market crashed leading into the Great Depression and one of the most distressed periods in our history.  People lost jobs, food was scarce, a fledgling criminal organization called H.U.N.G.E.R had secretly engineered the crash in an attempt to create community wide distress and permanent poverty…

Something had to be done!

Upon his assumption of office, President Franklin D. Roosevelt called on educator, elocutionist, women’s suffrage leader, and author Hallie Q. Brown to gather together a dedicated group of individuals whose sole purpose would be to intervene through community organizing and social justice efforts to address poverty, disparity and inequality.  Using the then Hallie Q. Brown Community House as their base of operations, the team worked together with assignments and directions from Ms. Brown to address the disparities.

Working in secret and using HQB’s efforts to address the issues by day, and scour the rooftops of the city at night addressing crimes.  President Roosevelt created the New Deal programs as a cover for their secret missions, allowing them to address poverty and distress covertly. 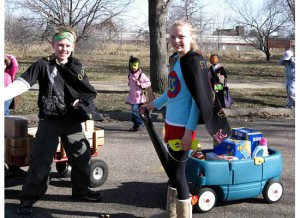 With the rise of H.U.N.G.E.R in the past few years, Hallie’s Heroes have had to make their presence known to the broader community, both to stand as example and to open the doors for other heroes to join them. Led by Captain HQB, the Greatest American Hunger Hero, Hallie’s Heroes, fights a never-ending battle of Truth, Justice and Poverty Reduction!